Several people have asked me this exact question, so I thought I’d write a post about it.

The beginning of the novel is set in a psychiatric hospital in England. In reality, I based the hospital on the one I worked in as a student nurse on the outskirts of York in Yorkshire. Picturing the hospital allowed me to describe the grounds, the building and the smells on the ward. The part that isn’t based on reality is the abuse that went on. I thankfully never witnessed such atrocities, although I was attacked on a couple of occasions by some disturbed patients.

The town is also based on York. However, it’s a fictional town as the antagonist is running for a political party similar to the BNP and I thought that the residents of York could protest about it. Some people who know the city may well recognised the Minster and the wall surrounding it.

The story follows a tale of revenge and forgiveness, not because I have a deep need for both, but because we all have some element of each emotion satelliting around us. We all carry the desire or need of both, and so we could all relate to the two protagonists in this novel. However, revenge may be taking it a step too far.

The descriptions of self-harming are quite graphic in places. I used to work with teenagers who self-harmed, and they would describe their emotions whilst self-harming and describe  what they did. I used this insight to write about the issue with as much reality as possible. I want the reader to feel the strength and depth of the protagonist’s sorrow; to stand in her proverbial shoes.

It is quite dark in places, but that suits the story and how I like to write. I hope that some of you will be tempted to give it a try. Here are the links to purchase the paperback or the Kindle, Nook, ebook.

Welcome to my latest followers – thank you for supporting me.

Happy Word Flow One & All 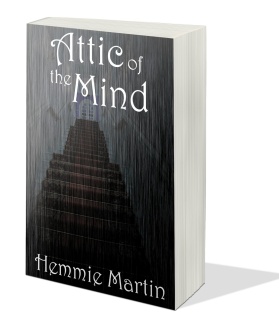