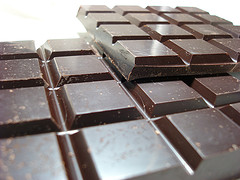 Chocolate from John Loo
This topic is rarely touched upon when writers are seeking representation or a publisher. A case in point, I wrote about rejection last year and only one person responded to the blog post. However, it’s a topic that touches all of us at one time or another. So how did I cope?
Firstly, as I read a rejection letter or email I would feel despondent and low in mood for a short period of time. I never cried and I was over the negative feelings by the following day. But it did knock my confidence, even though I knew rejection was part of the writer’s journey. A bit of chocolate also helped – for medicinal purposes only, you understand.
I would send out more query letters, perhaps amending them slightly, but after receiving say 5-7 rejections for one novel, I would shelve it and begin a new novel. I had quite a library after a while! When a received encouraging feedback from several agents, I would take their comments on board and work accordingly.
I never stopped writing, even when at times I doubted my abilities. I read countless books and observed how the author engaged the reader. I noted what worked and what didn’t work.
I never threw work away. For example, I had this novel wrote about two years ago, which a couple of agents had told me was ‘nearly there’. I felt passionate about the story, and so once I had a publisher, I decided to edit it once more before sending a synopsis to them. To my utter delight, they are publishing it next Feb! My point is, you may have already written a publishable book, but you may not have found the right person to appreciate it. So don’t toss rejected novels in the bin. Keep them, use parts of them, re-write them, editing them further, in other words, keep working until you have something truly special on your hands. You will get there eventually.
Happy Word Flow One & All

4 thoughts on “How I Coped with Rejection”

Enter your email address to get notified about new posts and updates!